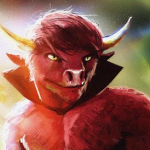 I discovered my good friend J.A. Areces' stories through the website Podiobooks.com, where he had recorded The Salem Concord as free podcast audiobooks. I heard the first chapter of The Sorcerer's Secret, since it was listed as a winner of a prize on there, but then I discovered that this was the third book of the series, and I looked up the first part. I listened to it and instantly fell in love with it. Despite the book's minor flaws, like a bit of poor grammar in some places, the constant mentioning of Alivan's Wizards and Witches Corner Store (done to reach a certain number of words for NaNoWriMo the year it was written), and Areces' own voice, with a very thick accent (which Iike by the way, and he gets better at reading as the series goes on) I fell for the story's likeable characters, its slightly spooky and frightening yet also exuberant, feel good and even at times relaxed mood and pacing, the ideas Areces brings up with the wizarding world and its law enforcement, and the amazing, cute and charming setting of the small lake-side town Mount Dora in Florida, USA, weaves a heck of a story. The first book, Interview for a Wizard, has since its free audiobook inception been revised slightly and edited to fit in more with the canon established throughout the later installments in the show, and to make the flow better and all around be a great improvement on the original version, and the second, The Secret Society of Seven Sorcerers is currently being edited.

The whole series carrries on with its charming yet spooky nature, and its thrilling crime mystery elements. It's about time we get some American wizards and witches hah!

Retrieved from "https://thesalemconcord.fandom.com/wiki/User:Lukas_Exemplar?oldid=4526"
Community content is available under CC-BY-SA unless otherwise noted.