The Salem Concord is an urban fantasy book series written by author J.A. Areces. The books depict the magical community of wizards and withces, their society and authority in today's real world. The series is named after a treaty between the Wizardry and the Folk penned in the early 1700s to end the war between them.

Interview for a Wizard

The Secret Society of Seven Sorcerers 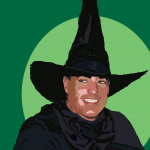